Building to Be Named for Peter Bachmann

On February 8, 2019, the Board of Trustees announced that Prep’s most ambitious project to date, a three-story building that completes the 2014 campus Master Plan, will be named the Bachmann Collaboration Building in honor of Peter Bachmann’s visionary years as headmaster. No other building on campus is named for a headmaster. Bachmann’s tenure spans nearly 40 years, including those served as Prep’s seventh headmaster since 1991.

Scheduled to open in 2020, the year of Bachmann’s retirement after nearly 40 years at Prep, the Bachmann Collaboration Building will feature labs, classrooms and a makerspace to house STEAM, Global Studies and Leadership programs, supporting Prep’s next generation of students as they become bold, engaged and collaborative thinkers. 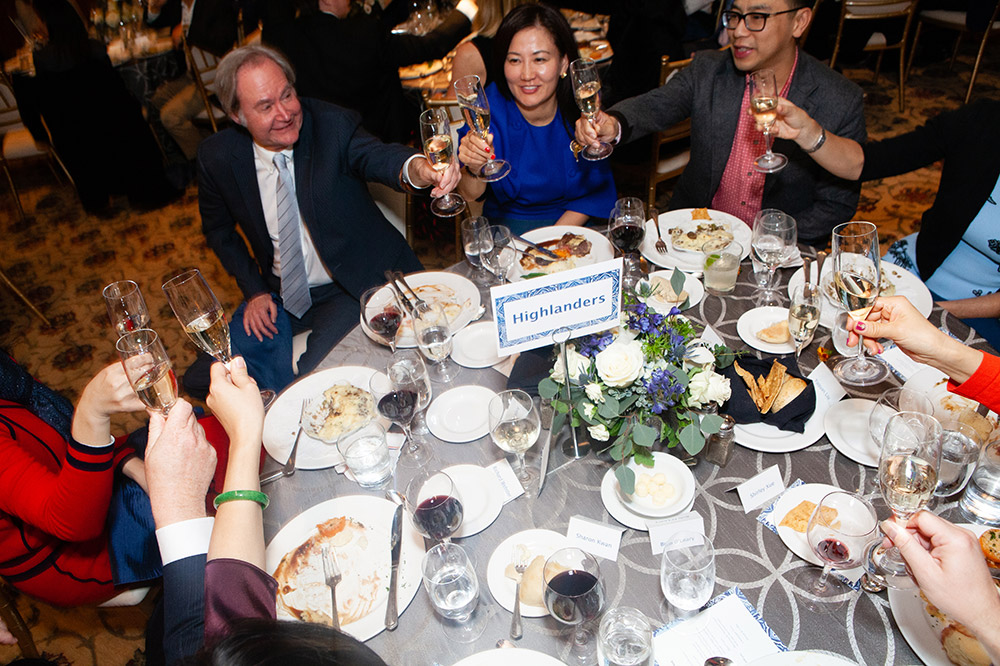 Over 150 of Prep’s most generous supporters attended the 2019 Headmaster’s Council dinner just two weeks after Peter Bachmann announced his June 2020 retirement as headmaster. A spontaneous standing ovation greeted the news that the Board of Trustees had unanimously voted to name the building the Bachmann Collaboration Building in honor of his decades of service.

As Board Chair David Codiga said, “Peter Bachmann is the literal embodiment of Prep for Life…and his people-first philosophy comes to life every day at Prep…When the board contemplated how to honor Peter’s 40-year legacy, and the transformation he’s led at our school, the answer was simple—honor his vision by ensuring that the Bachmann Collaboration Building will be completed in 2020.”

Since 2011, Bachmann has shepherded the campus Master Plan, ticking through a list of significant programmatic and facilities upgrades. His goal is to complete Prep’s final building project before his retirement, so
that the Master Plan will be complete for his successor.

All told, $33 million has been raised over seven years. Codiga introduced the chairs of Phase II who will be leading the effort to raise $4 to $5 million still needed to complete the Bachmann Collaboration Building; these funds are in addition to the $1.5 million the Annual Fund must raise each year.

As Codiga remarked, “Peter is a legend. He’s our legend. There is no better way to honor Peter than to name the building after him.”

Update: We Did It! 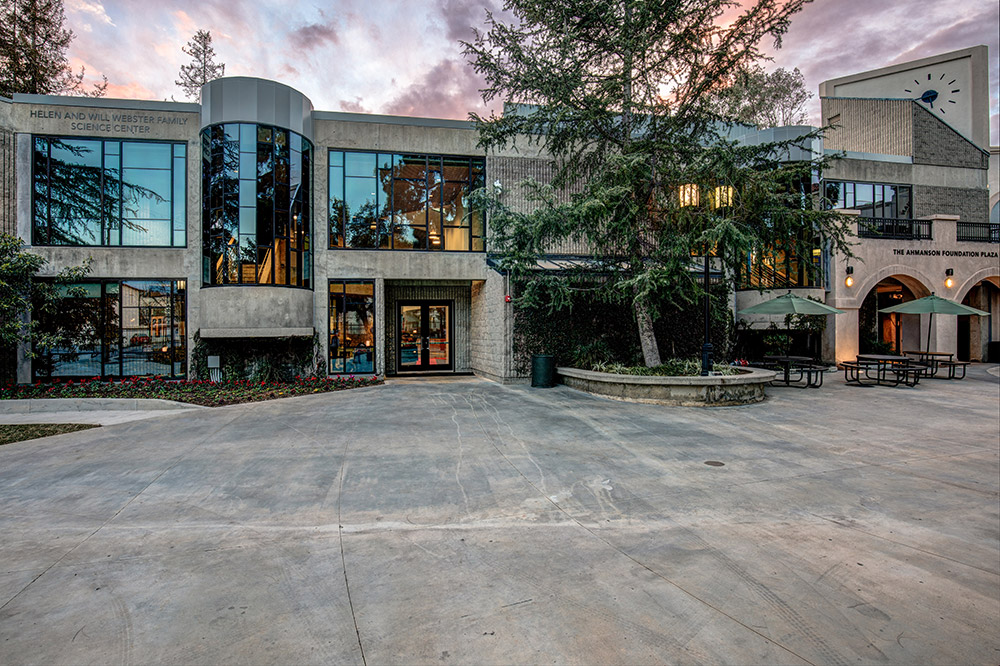 We’re proud to announce the completion of two out of three of Prep’s Master Plan projects. Field lights were completed in the early fall of 2018, and the Prep atrium was open for use in January 2019, as the second semester began. The third pillar of the Master Plan is the completion of the Bachmann Collaboration Building in 2020. Funding for this project will be the focus of Phase II of the Enrich, Inspire, Ignite! campaign, announced in February. 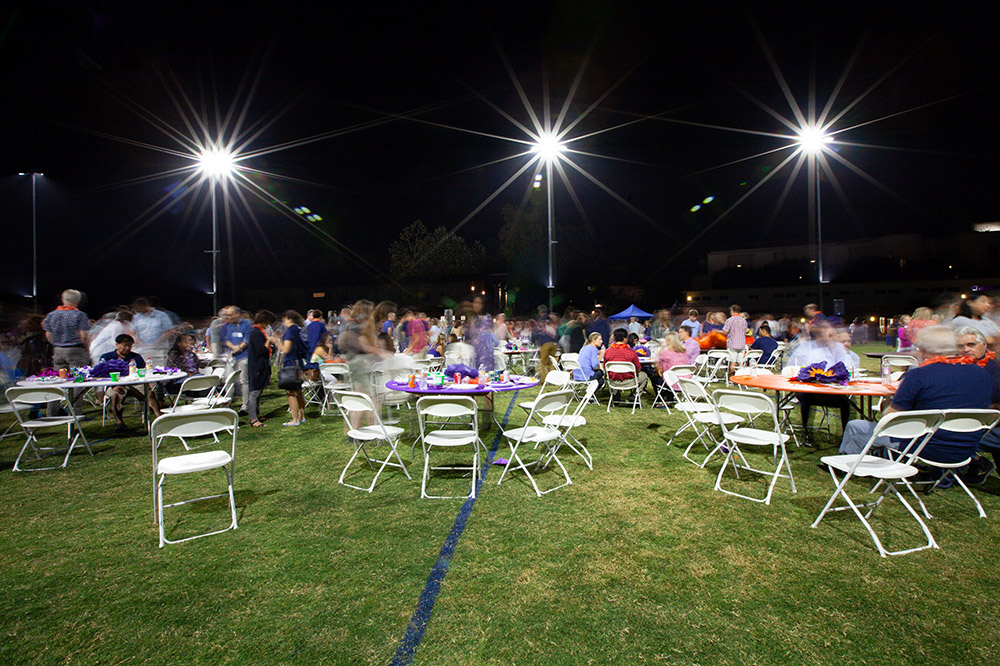 In August 2018, new athletic field lights made their debut in time for the first football game. In addition to being appreciated by student athletes during evening practices and games, the eight 60-foot lights have been beacons to the Prep community throughout the year. The state-of-the-art lighting provides just the right illumination, minimizing glare and extending the field as a venue for events. At the Family BBQ, kids played cornhole and soccer well into the evening. Improved visibility at Homecoming gave the game a new level of festive flair.

As the community returned to campus after Winter Break, they welcomed the completion of the newly renovated atrium space. The project’s conclusion couldn’t have come at a better time—with cold and rainy weather, the atrium did exactly what it was designed to do, providing shelter at lunch, expanding learning and gathering space and acting as a venue for events.

“I met students for lunch in the atrium. They immediately sought out the cozy nook toward the front window looking out to the plaza and to Crown Avenue. They had strewn pillows around and brought in food. We had a Utopian Club meeting of about 12 of us—in a utopian setting,” says Peter Bachmann of one of his first days in the popular new space.

All windows are east- and south-facing; their prismatic facets create a jewel-like quality throughout the day. At night, pendant lights make the space a warm and inviting venue for special events.

Two of the three Master Plan projects are complete. We can now turn our attention to ensuring the completion of the Bachmann Collaboration Building. 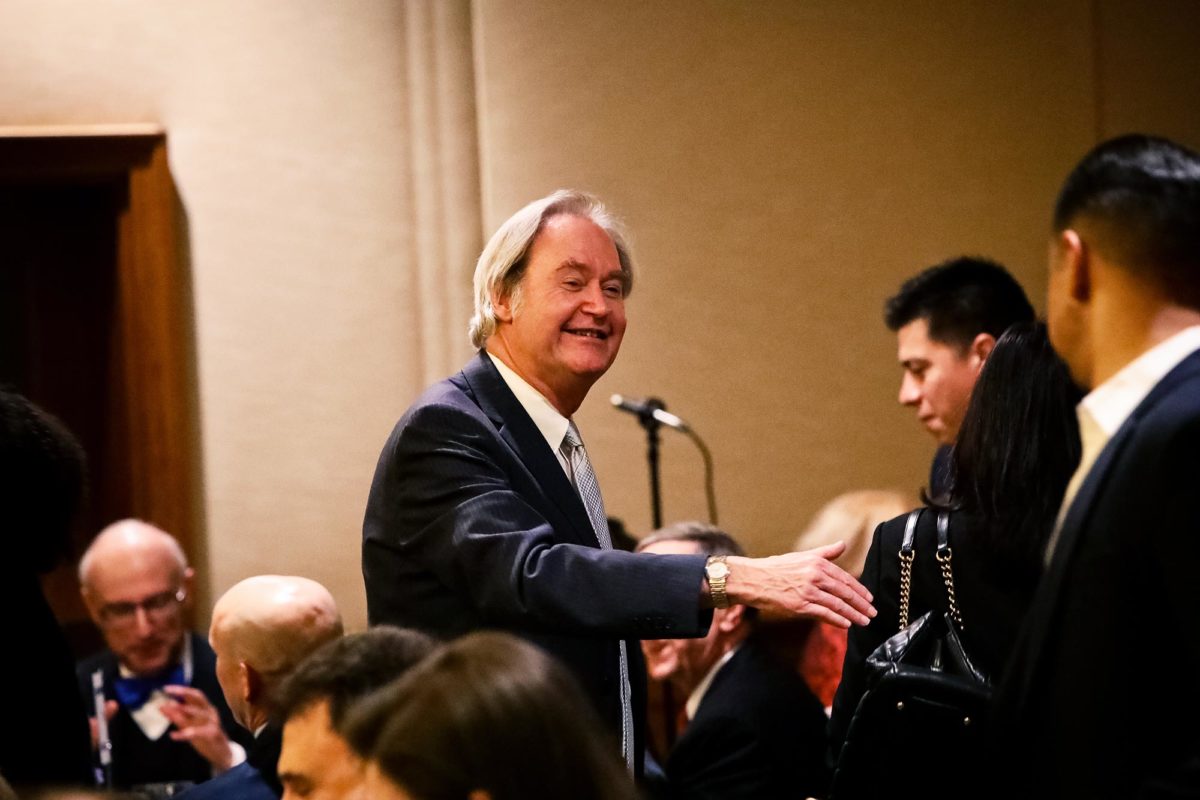 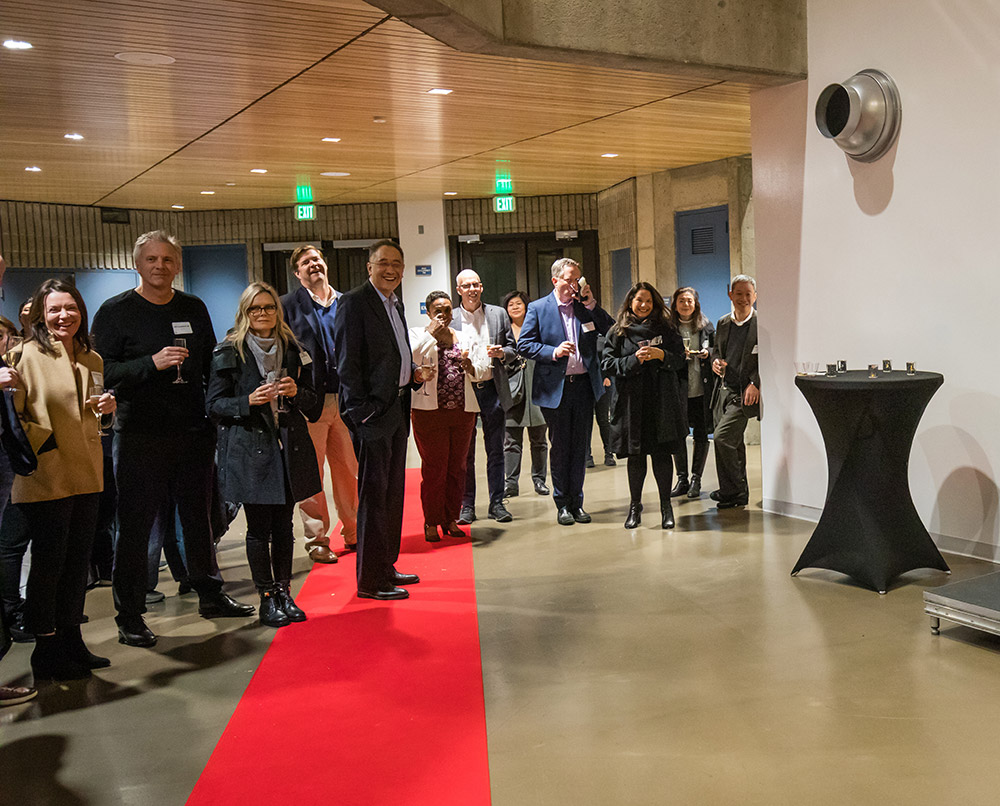